Have you ever noticed the feeling of muscular restriction or discomfort when exercising? If yes, this is nothing to lose sleep over as it is extremely common amongst lifters of all ages and experience levels. This sensation may also be more prevalent in individuals who tend to skip out on the warm-up and cool-down portions of their training. Regardless of your previous efforts in pre and post exercise, if you’ve decided that your muscular functionality and overall performance in your training is a priority, then I’ll be happy to be the one to tell you that you’ve come to the right place. This feeling that you are experiencing is likely the well-known case of Delayed Onset Muscle Soreness (DOMS), which believe it or not, can be mediated with the help of a little activity known as self-myofascial release (SMR). SMR is used to alleviate symptoms of DOMS, while also priming the muscles for exercise to improve performance. Who wouldn’t want to try out a form of pain relief that also helps you smash your workouts? Seems like a no brainer to me!

The act of foam rolling, also referred to as self-myofascial release (SMR), is a type of myofascial release technique that has been developed with the intention of mobilizing the body’s fascia and soft tissue (Kalichman & David, 2016). In simpler terms, it is a warmup and cooldown method done by the individual on their own to reduce tightness in the musculature and relieve trigger points within the muscles as well. SMR involves using a tool, such as a foam roller, roller massager, massage gun, deep tissue tools, or balls varying in size and firmness (Beardsley & Škarabot, 2015). When performing SMR on yourself, the trick is to start by picking the muscle group(s) that you want to target. From there, using your tool, you will apply pressure either by way of gravity or by external force and try to find these trigger points within your muscles. Once a trigger point is found, keep pressure on the area and also slowly roll back and forth over the trigger point(s) for roughly 30-60 seconds. Once you have relieved one trigger point, it is now time to move onto the next, so on and so forth. The entire SMR session should only take a short and sweet 5-15 minutes before and after your resistance training sessions as to not take too much time away while also allowing you to prime your muscles and fascia for loaded movement. With all that said, to be concise, this does not mean that SMR should be continuously causing extreme bouts of pain. It should always be done within the pain threshold of the individual performing SMR and should result in a relieving and freeing sensation, not just pain.

Even though this all sounds fine and dandy, just like everything else in this world, SMR should be done with caution. When performing SMR with any one of the previously mentioned tools, there is always some risk involved. You are knowingly applying potentially high levels of pressure to your fascia, which is not indestructible (although, it would be pretty cool). Since SMR is you actively stressing your fascia and tissues, this could result in damaging things such as your neuronal tissues, nerve endings, vessels (blood), and in extreme cases, even the bones (Freiwald et al., 2016). Although this may all sound a tad fearful, incidents such as these are rare, but are ever so slightly more common in individuals living with certain diseases (ie. Varices, Diabetes, Osteoporosis), and therefore is still something to be mindful of (Freiwald et al., 2016).

As the practice of SMR is still not overly prevalent, it is apparent that as a warm-up and cool-down to decrease DOMS, increase flexibility, blood flow, while also improving coordination and exercise performance, this strategy has made quite the impact in the fitness industry which is ever changing and growing. In short, SMR is a great technique to use, or at the very least a good idea to keep in your back pocket. With all of that said, all of the added benefits along with the scientific evidence to support,  becoming more well-known day after day, and while still being something that can be done 100% on your own, SMR is certainly on track to be the future of injury prevention and exercise recovery.

Signs You Might Be Suffering From More Than Just Dry Skin

Bodyweight Training For The Win 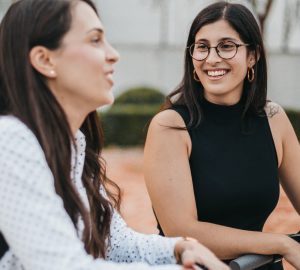